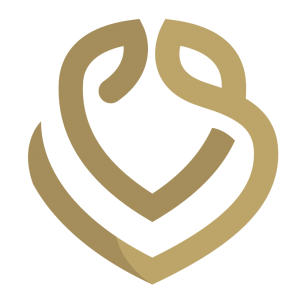 Okay. So tonight we’re going to stay at this Ibis in Liverpool. And it’s located right across from the pier. and it’s right on the corner. So it’s situated… This is supposed to be a nice area. It’s supposed to be lit up at night, and it’s supposed to look really pretty. And they have a Ferris wheel across the street. So anyway, that’s where we’re staying for tonight in Liverpool.

You lock yourself out.

Hello. You have a key card to use to get in. And it looks very, very modern. This is the restroom, I’m assuming? Yes. Oh wow, that’s cool looking. Look at the floor.

That looks like a mobile home or a camper.

Oh, look at the… It feels like you, it has the shampoo and they’re built in. Which I don’t mind that. And there was the towel for the floor. And then there’s your little toilet. I would rather have plastic caps that are wrapped. I like that. While we’re in Canada’s because they’re wrapped. Their plastic wrap caps. There’s your toilet paper, regular toilet paper. Or you have a towel.

You see the squeeze soap?

Squeeze soap, yeah I saw that in there. There was only one towel in here. I’m wondering if we’ll get another one. If we don’t it’s okay. Okay, so that’s the whole potty area. And here’s the room. We have a good bed. Here’s a mirror, which I look like death.

Oh, we have another towel, yay. Oh, that’s a nice size closet.

Extra pillow. Hairdryer. Coat hangers. Yeah, I really like that closet. So if you’re staying here for a few days, you could just stack everything up.

One thing I like, plugs are where we can reach them.

Yes. I love this area.

I like this area with the chair. There’s a little [crosstalk 00:02:33] See right there, there’s the… I like that also that the lamps are up here, rather than taking up space on the bedside table. They were taking up space at the last one. Here it has a kettle with teabags and coffee. And here’s the television. Is the cable plugged in?

The cables are actually hooked up.

The cable’s hooked up if we want to watch TV. So here’s what it looks from back here. So it’s a very modern, and I guess that’s their…

Air conditioner. Can you turn on the heat or?

Okay. So there’s the rooms. We’ll have to let you know, do we get breakfast or anything with it, do you know?

It comes with breakfast I think. It’s just like this…

But we do get breakfast here.

So I will be showing you tomorrow morning, I will be showing you breakfast. And then I can tell you how we liked the bathroom and the bed and all that stuff. And I’ll let you see where we are. We’re in 205, so we’re only up on the second floor, but this is our view. Really we’re kind of tucked away. We’re right off of the main, I think the main street’s like out this way. But there’s a building there. So really you’re just seeing a side street, but we don’t care. What are we here for? Two nights?

Oh it’s just one night. Oh, that’s right. Just one night. So we’re all here one night anyway, so we don’t care if we’re looking at the lot.

Right we came in on that street.

Right, on this street right here. We don’t care if we’re looking at a parking lot or not for just one night.

So here’s the bar, and here’s seating.

Okay, I just got out of the shower, but there’s a few things that I want to comment on before I forget. Number one, this is an open garbage can. This is what we’re used to in the United States. I really, really like that. It’s easier. You don’t have to push down on anything with your foot. You don’t have to lift up with your hand. You don’t have to touch it at all. You just put the garbage in there. It’s very, very simple. I really like this shower. Oh, and they have the hygiene bags here, just like we’ve seen in other places. You just take a little bag out and put your little feminine products in there if you have them. I really like this shower. This is the first place we’ve been that has not had bathtub. I don’t care. Kevin doesn’t care. We don’t take baths.

I really like this shower head. It goes up and down for Kevin and I. He’s taller, I’m shorter. We can move it up and down, and it comes off. So you can pull the head off of there, and adjust it towards your bottom or adjust it towards wherever you want to adjust it. And you can get anywhere you want to get with that, and then put it right back. So I really like that, because we have one at home like that that comes off.

Also last thing, I really liked this soap. This soap has a great smell to it. It says Planet 21 on the bottom. I guess if you live in the area you’re familiar with this. This is the same thing. I like it that you literally just squeeze it out of here. A little bit comes out. And it’s good for your shampoo, for your body and everything. And I like how it is clear on the side to indicate how much is left. I think that’s just a very nice system. So those were just a couple of things that I noticed I wanted to share with you.

So it is the next morning. We slept at the Ibis that you saw just a few seconds ago. You saw me talking about the shower and the bathroom. The bed was comfortable. It was firm, the mattress was. We had a really comfortable nights stay. It wasn’t as squishy as like Premiere, but it wasn’t as uncomfortable as the last place we stayed. So I would tell you it was a good nights sleep. It really was. It was very, very comfortable. So we are getting ready to go downstairs. You get a continental breakfast. I’m going to show you what you get. I will show you what’s on my plate. And then that will be the end of this review. And then we’re going to someplace new today, and that will start in a new video, even though it’s today. I wanted to finish up this hotel before we move on. So you will a see breakfast, and then there’s going to be a new video. So I hope you keep watching. I hope you’ve enjoyed these.

Over here that they have lugs of bread and you can taste your own bread. And then they have jams. And looks like some flour curlos? I don’t know why you would put those. I don’t know why you’d put those in your breakfast. It’s different. They have rice krispies, corn flakes. There’s muffins over there. Oh, oh, they’re empty. So they have double chocolate muffins and toffee muffins. And I do think I’m going to get me a toffee muffin. This is the ham. They just filled it up.

Okay, so I can comment on one thing, is that these have been empty for quite a while. And we’ve been waiting. Everyone else is… A lot of people are seated and eating, and we’ve been waiting for them to come out and put food in these, and it’s been quite awhile. So they’re out of eggs, they’re out of sausages. Yeah, seeing him going through there looking? People want food and there is none.

So this is the coffee machine, and you’ve got to pick which one. Cappuccino and chocolate and like a Mocha or something like that. Black coffee. I’ll pick chocolate.

So they did finally put sausages out there, but they’ve still not put any eggs out of there. So I don’t know if we’ll be having eggs for breakfast this morning.

So this is what the eggs look like. Thank you. We waited about a half an hour for them to get here. They’re very slow.